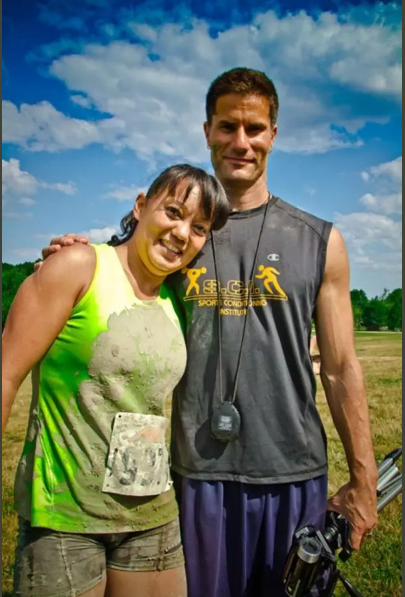 Vaccaro, a former track athlete from Saddle Brook, couldn’t understand why anyone would subject themselves to a brutal 5K with mud-soaked tracks and an obstacle course.

But as runner after runner crossed the finish line that 2011 day, Vaccaro saw the forest for the trees.

“I saw how many people were competing and how much they all paid and I thought ‘Holy Moly, that’s a lot of money,’” the Saddle Brook native said.

While several mud run companies appeared to be popular, Vaccaro thought there was an even greater opportunity in a more inclusive, less competitive mud-themed race.

“There were no mud runs that would allow parents and children to participate together,” Vaccaro said.

So Vaccaro, who trains track athletes at Sports Conditioning Institute in Wyckoff, went through his email list and invited all his clients and their families to Garret Mountain in Woodland Park for “Your First Mud Run,” a family-friendly two-mile mud race.

The family mud run event was a success, and five years later, “Your First Mud Run” is attracting upwards of 300 runners to monthly races in five different states.

“There is nothing intimidating about my family mud run event,” Vaccaro, 43, told Daily Voice. “It is just about everybody having a good time and I think that is what has made it successful.”

It has also been a fundraising bonanza.

Every runner who signs up can also create their own personal fundraising page.

“We designed it so anybody could leverage the race to raise money for any team, charity or organization” Vaccaro said.

In the next five years, Vaccaro hopes to franchise “Your First Mud Run” and hold events all around the country.

“My team and I get to show people a good time while raising money for countless charities,” Vaccaro said. “How awesome is that?”